HomePublicationsHeroismA Dive into a Dream

A Dive into a Dream

Alexander Soklakov, a 56-year old citizen of Kursk and an honourable parachute jumper of the Russian Federation is a holder of Army General Margelov Order (the highest award of airborne troops). He light-footedly landed on a meadow, loosened straps, grabbed his parachute and headed towards a starting point, slightly limping on the left side. Now and then somebody can't help asking him: "Is your leg OK?" And then they stare after him moving off in the field, trying to comprehend the answer: "Well, I don't have it..."

Sky is no Limit

Just before our meeting, Alexander Soklakov returned home from the aerodrome of Kirzhach town of Vladimir Region, where he contributed to a new Russia's record in parachute group aerobatics. The achievement is more than remarkable because it was established by sportsmen with disabilities. The group dived from an An-28 aircraft from an altitude of 4,500 meters and made a formation of nine persons and then re-formed it while in the air. It has been their seventh record in the last four years.

An idea to make up a team of physically challenged skydivers emerged in 2000, in the time when Russians hospitals had been full of disabled soldiers badly injured during fulfilment of their military duty in Chechnya. Two years later, they gather in a training camp for the first time. In the past, the mere concept of skydiving for challenged people was not acceptable both by medics and society at large, but today the disabled have asserted this right and they have even participated in competitions on a par with physically able sportsmen.

Now the team consists of 15 persons, most of whom are amputees. Three record-holders, including the hero of our story, had one of their legs amputated. However, all the members had been in for skydiving before they were injured, except for Soklakov. Years of training enabled Alexander to develop his own approach to free fall. He has been the only one in Russia who is perfectly able to control his body in the air with his arms only. However, skydiving had been an elusive dream for him until 2007...

"My uncle Ivan, a submariner from Leningrad, used to visit us in the village where I lived with my parents and brothers," Alexander recollects. "He was always a tight man, wearing a navy officer uniform with a dirk. I knew him mainly from stories told by my relatives and neighbours since I was a kid and I was very proud of him. I also decided to become a military man but a paratrooper because I wanted to jump with a parachute. While preparing for army service I went in for boxing, obtained a junior category and passed a medical examination."

But the life became like a night-mare in a flash... Soklakov stood up for a boy who was attacked by bullies and received a knife stab in his thigh. The knife got into an artery. Alexander nearly died of blood loss. He had his leg amputated. He was only 16 then and did not know what to do with his life and how to build a family.

Soklakov promised never to pity himself. He learnt to walk with a prosthesis. Several months after, he was able to ride a bicycle and to climb roofs to install antennas. Soon Alexander went to Tula College No.1 to study the profession of a sewing equipment tradesman. He graduated with high grades and returned to Kursk two years later, worked at a clothing factory, got married and raised children, sung songs and played guitar, built a house, and went fishing. All told, he lived a normal life. In due course, Alexander started up his own workshop where he has been sewing car seat cover until today. It has become his labour of love.

"I have come to you from the sky"

It should seem the life brought enough hardships to Soklakov but he did not care. And he even looked for new ones. He was brought up by his grandfather in the Christian traditions and never concealed his faith even in atheistic soviet years, though had he given in a bit, he could have joined the Communist Party, where he was expected. Be it blizzard or a bad weather, he never stayed at home, he was always eager to drive his old Zaporozhets car to some village off the road, where even a tractor could not get through. And he was always ready to help other people, even if they did not ask. He fulfilled his adolescent dream to jump with a parachute when he was 47, actually right when it become possible in Russia. First time. it was a tandem jump with an instructor and then he jumped with a D-5 paratrooper's parachute.

"It all happened in Gatchina in the vicinity of Saint Petersburg," Alexander recollects.  "As is usual there, the weather suddenly changed and a strong wind blew. My parachute got uncontrollable and I was blown away to a gas insulated substation fenced by barbed wire. I almost touched down a transformer house. A shepherd dog with a stick in its teeth, followed by a frightened woman-operator, ran up to me. I tried to calm her down: "I've come to you from the sky!" We laughed, then she fetched a ladder to take off the parachute straps that were entangled in lilac bushes. My instructor, an experienced paratrooper in the past, arrived. When he visualized the landing, he was terrified.”

After competition in Abkhazia in 2008, Soklakov was sent to Kirzhach Parachute-making Research Institute. The local aerodrome has become a permanent skydiving centre for Alexander's training sessions. He jumps there even in winter. First, he underwent American accelerated training free fall training program: he jumped from an altitude of 4,000 meters with a wing-type parachute under instructor's supervision. Just like spacemen did, he trained in a wind tunnel where one flight hour was qualified as one hundred skydiving hours. Soklakov has flown around ten hours in the wind tunnel.

Once upon a Time in Argentina

All jumps are recorded in a special log book. Alexander has more than 400 such records. Four records of 73 last year's ones have a stamp of Argentinian Aero Club. In November 13-21, 2014, World Veterans Championship (age 40+) was held in San-Juan, the capital of the same name province. Skydivers Alexander Soklakov, Sergei Avdeyev, Alexei Alekhin and Andrei Polyantsev from Russia were the only ones with disabilities there. Competing according to the rules for the able people, they participated in the following disciplines: accuracy landing, 6-person relative work and "Hit and Rock".

"Since I specialized in formation skydiving I was to compete in 6-jumpers relative work," Alexander says. “As a result of the draw, I got in same team with a German, an Englishman, a Dutchman, and two women from Sweden and Switzerland."

The new team-mates were initially sceptical about Soklakov, assuming that they were unlucky to jump with a man with no leg. But despite their expectations, the "disabled" turned out to be prepared better than they were and, as a result, was the first to approach the base skydiver in a free fall. Therefore, after the jump both Suzanne from Sweden, who had doubted the professionalism of the Russian most, and the other team members considered it the honour to be photographed with Alexander. They were also proud to introduce him to their compatriots. At the Championship he made friends with people from different countries. He frankly admired Luis, a surgeon from Brazil, who did not look at all as a person who had been 77 and, moreover, who continued to skydive.

Soklakov never lacked attention from women. However, in youth he preferred one woman to all other beauties known to him – his future spouse Svetlana was on probation in the factory where he worked. She was petite and exquisitely-dressed in a fashionable short fur coat. Alexander had waited until she grew 18 and married her. They have been together for 30 years ever since. They have raised two daughters Olesya and Yulia and their granddaughter Vasilisa has been growing up. They are all, except for little Vasia who is only slightly over two months old, perfectly familiar with the sky – each one has skydived several times already. Ilya, Soklakov's son-in-law, is a paratrooper. Even Svetlana, who has never shared the passion of her beloved ones for the extreme sport, overcame her fear and jumped in tandem from a height of 4,000 meters two years ago in a training skydiving camp in Tatarstan.

Alexander Soklakov calls himself the happiest man in the world. Indeed, he has everything one can dream of: a family, a labour of love, and a sports career. But what it takes to have this seeming easygoingness... It is hard and painful to walk on a prosthesis. He will never admit this, saying only that he is used to it. Because if he lets himself think otherwise, if he pities himself and if he leans on a stick at least once, then over time he will end up walking on crutches. The main thing is to never give in to weakness. This is where the true spirit dwells. This is why so many random people ask Soklakov to shake his hand. We will not be an exception: "Your hand, Alexander Petrovich!" 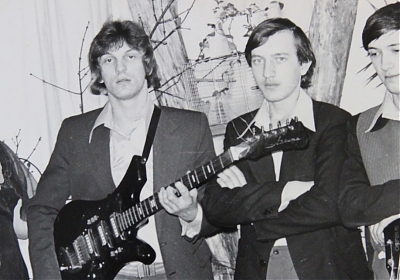 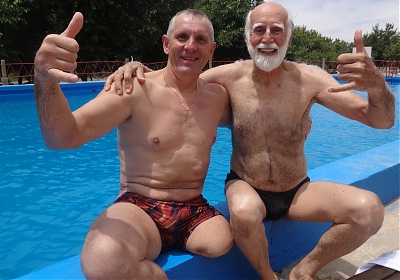 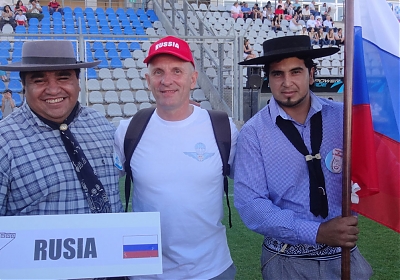 < Battle of Kursk: demolishing the myth