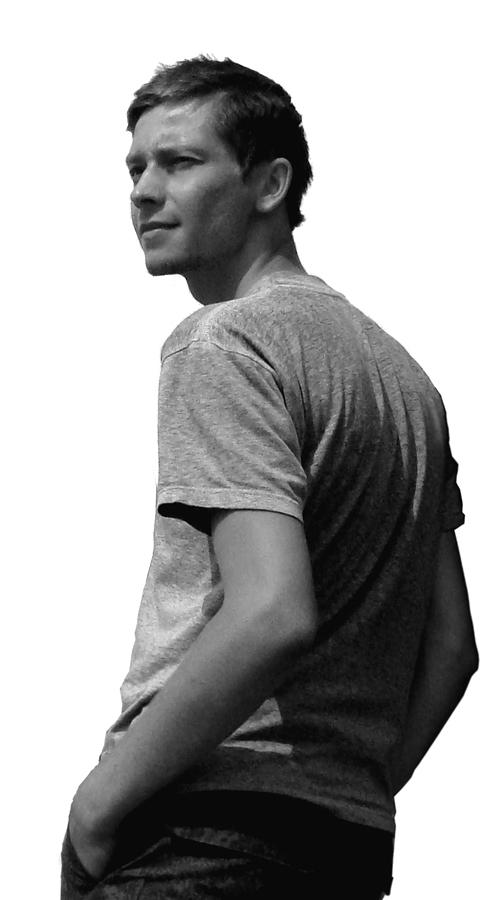 Roman Dor (born Alexey Pishchulin; May 20, 1989) is a Russian journalist, photographer and traveler. He's been working as a reporter in regional and federal media outlets since 2012 after he graduated from Kursk State University. The author's name is known to the readers of such newspapers as Moskovskij Komsomolets Chernozemie, ("Moscow Komsomolets Central Chernozem Region"), Vechernyaya Moskva (“Evening Moscow”), Mir Novostei ("World of News"), Drug dlya Druga ("For Each Other"), Noviy Vtornik ("New Tuesday"), Russian Tourism Information Portal and Kursk Regional News Agency. He has been acknowledged with many awards for his stories about everyday people and trip reports and expedition accounts. To this day, Roman has covered 51,612 kilometers hitchhiking. He has travelled to 25 countries. 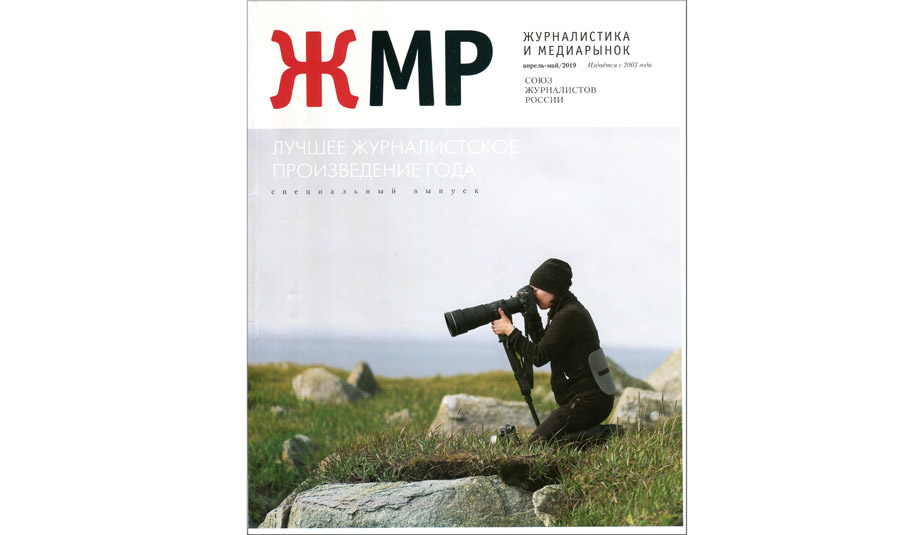 "Hitchhiking as a method of cognition", Journalism and media market journal (Russia), April-May 2019

A short story about how nice it is sometimes to escape from the matrix, as well as about how the notes "Walking in Central Asia" appeared and what preceded them. 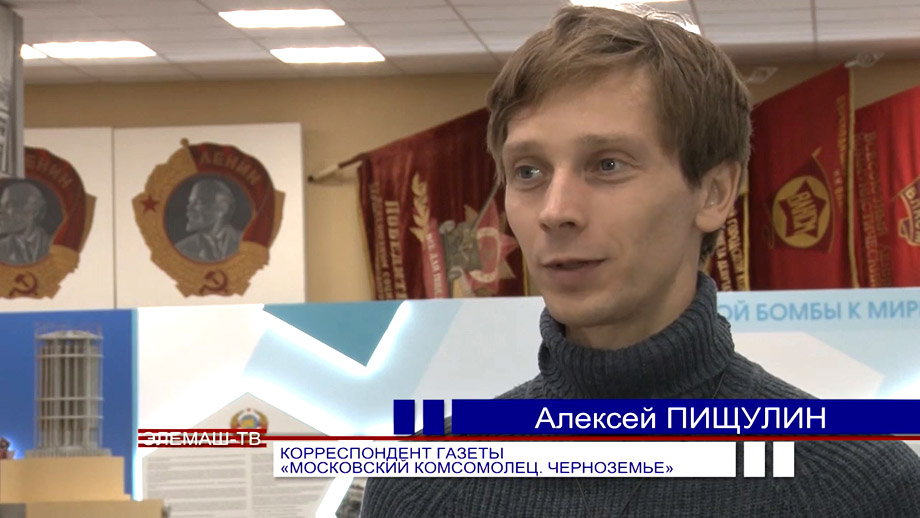 Journalists from Kursk, Orel and Belgorod regions came to Elektrostal to see how the fuel for nuclear power plants is produced.

“During the year the hitchhikers from Kursk have visited 16 countries of Asia”, Olga Eryomina, Seym broadcasting company (Kursk, Russia), 19.09.2017

Almost drowned in Mongolia, visited friends in China, explored the identity of Tajikistan. One-year expedition – as the spouses from Kursk called their trip around Asia. In 365 days, they have travelled to 16 countries and covered more than 40 thousand kilometers by hitchhiking. 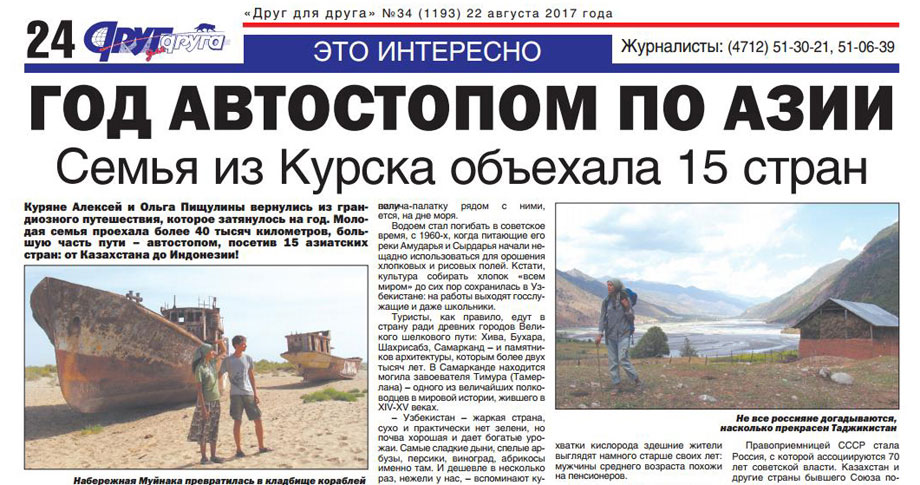 “A year hitchhiking across Asia”, Alexander Demchenko, Drug dlya Druga ("For Each Other") newspaper (Kursk, Russia), 22.08.2017

Alexey and Olga Pishchulins returned from a grand journey that lasted for a year. The young family covered more than 40 thousand kilometers, most of the way – by hitchhiking, and visited 15 Asian countries: from Kazakhstan to Indonesia! 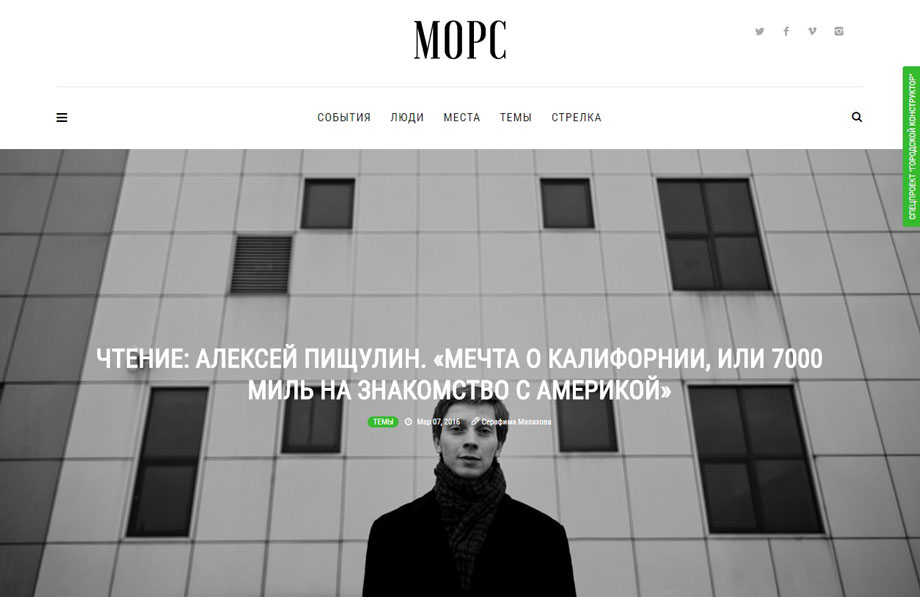 "Reading: Alexey Pishchulin. "A dream about California or to cover 7,000 miles for getting familiar with America", Serafima Malakhova, Mors internet-magazine (Russia), 7.03.2016

Today's Reading Column takes us to travels with Alexey Pishchulin and publishes extracts from his book. 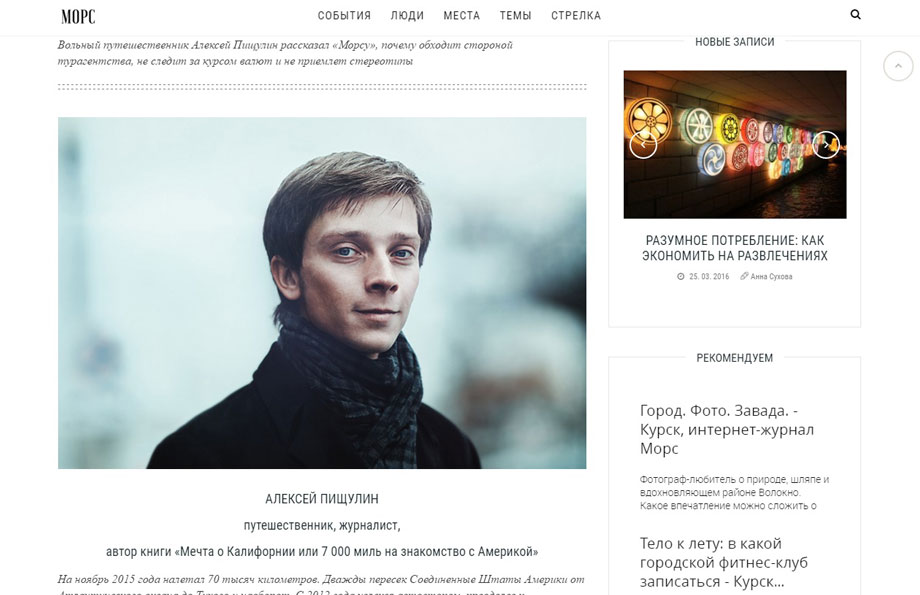 "An Evening in Vladimir", an authorial TV show of Yekaterina Alexeyenko on Channel Variant (Vladimir, Russia), 05.08.2015

The TV show features Alexey PISHCHULIN, the winner of All-Russia Mass Media Competition "Russia's Patriot", a participant of Territory of Meanings on the Klyazma Forum. 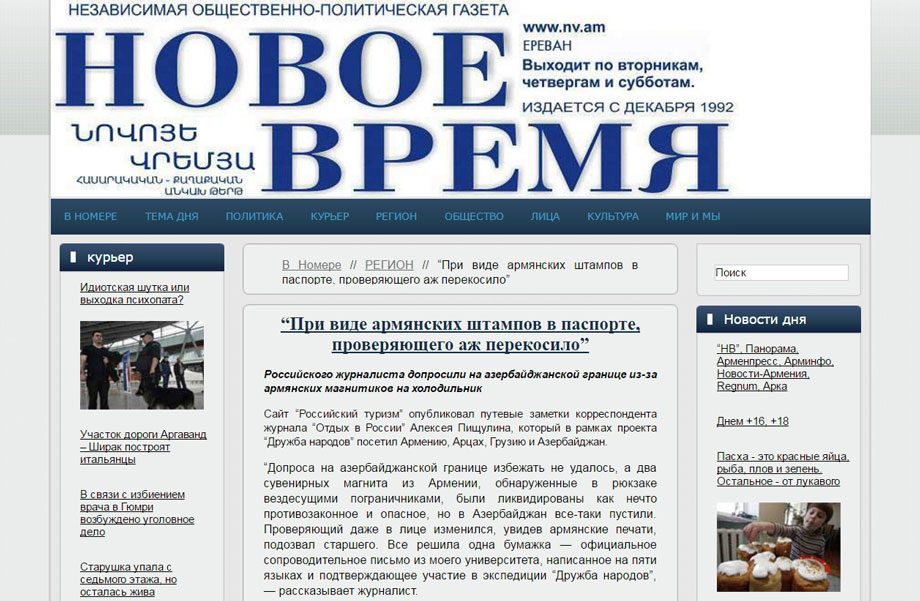 A Russian journalist was interrogated at the Azerbaijan border over the matter of fridge magnets from Armenia. 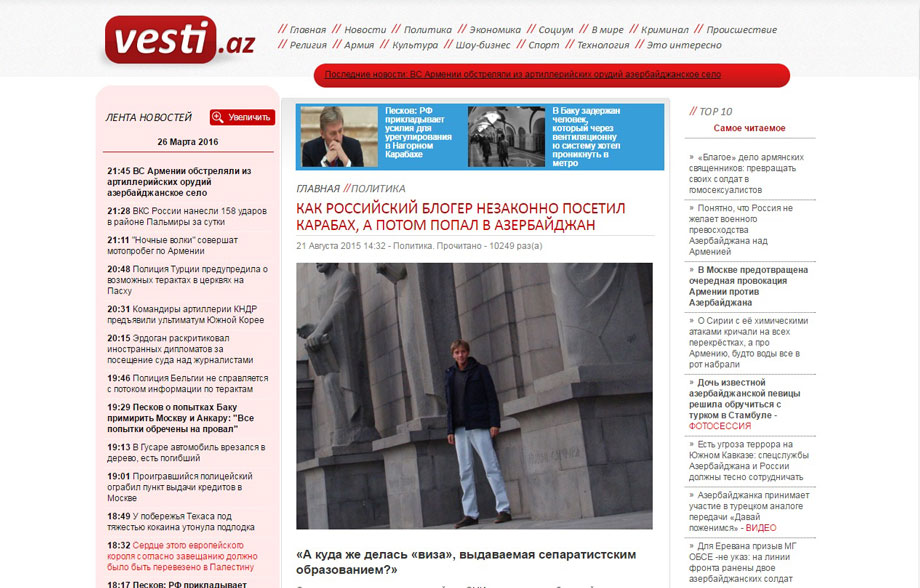 "How a Russian blogger illegally visited Karabakh and then ended up in Azerbaijan", Vugar Gasanov, Vesti.az Information Agency (Azerbaijan), 21.08.2015

After a search of Russian mass media for publications on Karabakh topic today, we have come across fascinating travel essays of Alexey Pishchulin, a correspondent of Otdykh v Rossii ("Vacation in Russia") magazine, who visited the occupied Nagorno-Karabakh region of Azerbaijan. 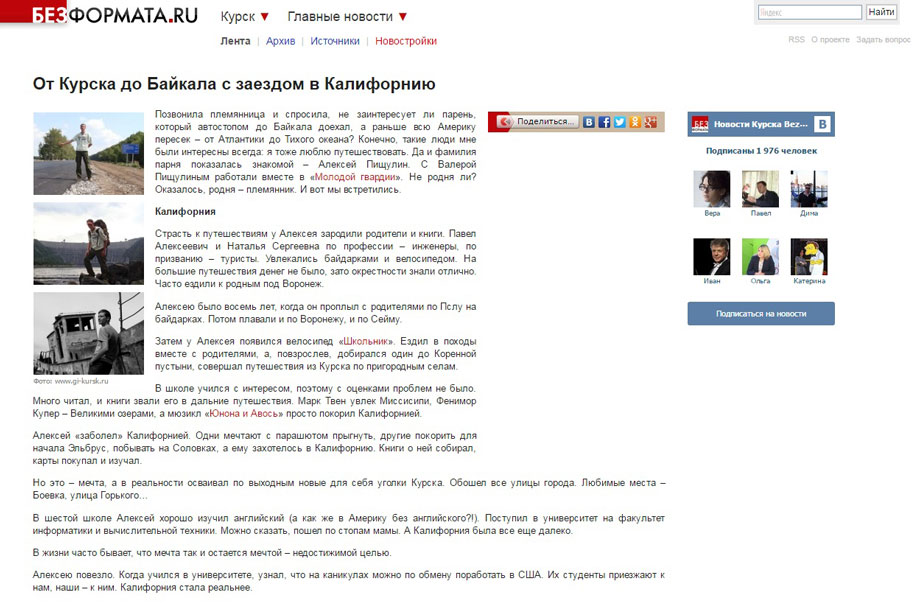 My niece called and asked if I would have liked to talk to a guy who hitch-hiked to Lake Baikal and had crossed America from the Atlantic to the Pacific before?  Of course, I have always been interested in such people because I also love to travel. And name Alexey Pishchulin seemed familiar.

2015      The winner of All-Russia Mass Media Competition "Russia's Patriot" in the nomination for Newspapers category "We're Russian citizens!" (the city of Nizhny Novgorod)

You can support the project ROMANDOR here: