In commemoration of the anniversary of the Battle of Kursk, known in Russia as the Kursk Bulge, Herman Slyusarev recollects what a tinderbox Prokhorovka village was 70 years ago – he has participated in the mine clearing of the legendary battlefield for many years. Before he became an EOD technician he had been a communication specialist and an artillerist at the front line. Now a retired colonel was very young when the World War II started...

Herman Slyusarev was with his mother in Essentuki occupied by Germans when they received a death notification of their father, the commander of an artillery regiment. The city lived in fear: executions were frequent. Every person thought he or she would be the next. Having had enough of the new order, Herman and other boys decided to resist the Third Reich. First, they organized a small team whose mission was to collect clothes and boots for runaways from the concentration camp where prisoners of war were contained. Then, using three bikes and taking great risks, one by one they circled around the commandant's office and other German focal points to study movements of guards and polizei. They then sent the gathered information to partisans.

Herman's mother was hiding a Jewish woman at her home. The woman was a kindergarten teacher who had taken children out of Leningrad that had been under the siege. When it became calmer in Essentuki, they secretively got on a night train to Armavir. The occupied city was freed in January, 1943. Personnel from a communication regiment, who temporarily stayed at the Slyusarevs', took the 17-old guy with them as a helper. In such a way, Herman went to the war with attacking military units as a private of the 942nd company of the government communication.

The rookie, all covered with bitumen, carried heavy telegraph posts shoulder to shoulder with soldiers. The guy learnt how to work quickly even under bombings that never ceased from six in the evening till four in the morning. Once a shell damaged a communication line running along a 1,5-km long flooded valley. That December night, the soldiers, standing in chest-deep water, had to drive new posts into the muddy bottom. They couldn't afford being slow – the communication of the front line and the Supreme command shouldn't have been interrupted for more than 40 minutes.

In the same way, a company of 160 persons worked without rest breaks in Riga direction. They lay seven kilometres of telegraph line through marshes in a day. That was the limit of human capacities and the soldiers were nearly falling down due to fatigue. They slept on trench coats anywhere no more than four hours a day. But Herman was a romantic by nature and even the hard soldier's life couldn't wipe a smile from his face.

In 1944, when he was in Estonia, the veteran had an episode about which he recollects with a laugh, though it could have ended up very sadly... Communication people happened to be different. VNOS, the special aerial surveillance detachment, was slightly ahead of the Herman's company and already mounted cables on the posts left by Germans. But the government communication was more important therefore Slyusarev's commander decided and ordered the private to replace the cable. Another officer shouted at him: "Go down!", whereas his officer insisted: "Go on!" The officer from VNOS was already ready to give an order to shoot him down when the poor young man cried out from the post: "Comrades lieutenants, you have it out!"

Preferred bullets to base

A military doctor who treated Herman's pneumonia wanted to make the smart soldier his assistant and take to Pskov hospital to which he was assigned the head physician. He got very angry when Herman said "no". "You say, you've not gotten even with Germans yet?" – was the Major's last shout. And Herman departed to the front-line in his new capacity of a mortar man. 20-kg ammunition in his rucksack was supplemented with an additional load, weighing no less. The 22nd Army suffered heavy losses during the penetration of the forward edge of the German 150-thousand disposition of forces in Latvia, but our veteran lived.

On 24 June in 1945, Herman Slyusarev was honoured to participate in the historical Victory Parade on the Red Square. His awards included an Order of the Patriotic War of 1st class, a Medal for Battle Merit and a Medal for Defence of Caucasus.

After the war, Herman graduated from Moscow School of Military Engineering and then served as an EOD engineer in airborne troops in Belarus: he jumped with a parachute more than fifty times; each summer he participated in mine neutralization, including the field of Prokhorovka. In 1953, he was re-assigned for service in Kursk where he entered the evening Department of Physics and Mathematics of Kursk State Teacher Institute. 15 years later he relocated to the Far East where he worked as a professor in Blagoveshchensk Armour School. In March 1969, Herman Slyusarev had to fight again – the Sino-Soviet border conflict took place in Damansky Island on the Ussuri River. Back in Kursk, the retired military veteran shared his combat experience with youth while working as a civil defence teacher in Teacher College. 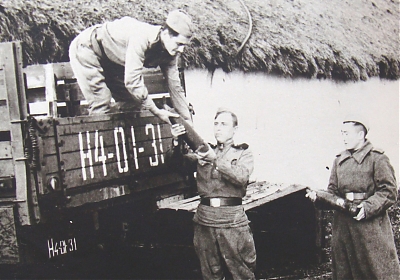 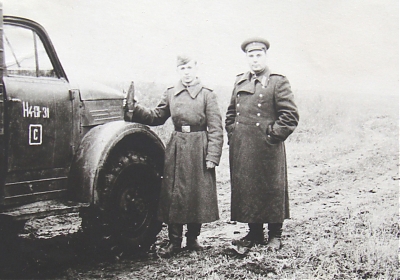 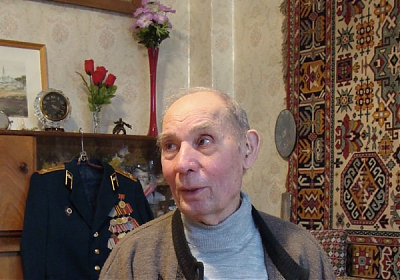 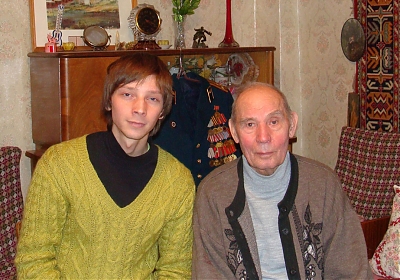